This is the cutting-edge initiative that was carried out at the University of Valle d’Aosta, between November and December 2018, with the collaboration of Giuseppe Barbiero, an ecologist, and Marcella Danon, a psychologist; both explorers in the field of frontier sciences.

Aosta is the first University in Italy in which Ecopsychology has been included in the degree program of Psychological Sciences and Techniques, aimed at students in their second and third years of Psychology. A curious synchronicity, since Aosta Valley, has been the 2006 headquarters, precisely Saint Barthélemy Valley,  for the first Conference of the International Ecopsychology Society — which at that time was still only European — an international network of colleagues, present now in 14 countries and 4 continents, which promotes the theory and practice of Ecopsychology in the academic and private sphere.

The world needs ecological intelligence, active participation in societal life and a sense of belonging to the planet. The challenges of contemporary society come from not only the acts of doing, but also of being, starting from attitudes of greater awareness and responsibility, both personal and as a species, towards what is happening in the world. We are a species with a high environmental impact; if we do not take into account the consequences of our actions, we undermine our own habitat. Awakening ecological consciousness is no longer a matter of having a sensitive heart, poetic soul and aesthetic taste, it is a question of survival: of our own, of our civilization, and the planet itself, which has had many ecological disasters and has previously been able to reorganize itself. But a future configuration may no longer be suitable for ours and other highly sensitive species, which can thrive only with very precise proportions and pressure of atmospheric gas.

As all environmental enthusiasts know well, it is very difficult to make people aware of the need for respect for ecosystems, for natural rhythms, and for other beings that share life on Earth with us; and this certainly is not because of malice or diffuse insensitivity, but by simple ignorance, in the most candid and innocent sense of the term. An Italian dictionary defines ignorance as follows: “ignoring certain things, never having been taken care of or not having received news”; “It can also indicate the gap between reality and an incorrect perception of the same”, says another one. And, together, they have hit the question. In recent generations there has been a departure from direct contact with the natural environment: with the land, the plants, the animals, the stars in the sky, the unique scent and taste of each season, etc., and it is this disconnection that made possible the severance, of the head and heart, from Nature. “We protect only what we love and love only what we know” and “it is not possible to save the living species and the environment without establishing a strong emotional bond with Nature”. It starts from here.

That is why Ecology needs Psychology, to recompose our cracked alliance, to mend our forgotten terrestrial identity, to awaken an active commitment and healthy indignation to the lack of proper care of what Pope Francis rightly defines as “Our Common Home”. The consequences of this disconnection are heavy and manifest in a completely different context: the existential one, and coincidentally, the psychological one.

So much discomfort today is caused by a state of loss of meaning, of disconnection from oneself, from others, from life itself, as well as from a loss of maps with which to read reality with a reference different from mad materialistic greed, in which the myth of happiness is displaced month after month to the last model arriving of any gadget.

The attentive psychologist realizes that a void has opened up in the interior of people and that someone is skillfully exploiting this void by tempting it to fill it with … things. But objects are not the answer that the person in difficulty yearns for; a deeper inquiry is needed. Because this disconnection on the outer plane has brought with it a parallel disconnection on the inner plane, so it becomes increasingly difficult to have the opportunity to even ask the question “Who am I?”, while there is always something or someone who has the claim to readily give the right answer for us. Here, in this new era, the psychologist has a new task in accompanying people in investigating the old Socratic challenge to “Know thy self”, while Nature proves to be an optimal setting to re-establish this deeper connection with oneself by simply being able to rediscover the ability to feel the “outside”, which awakens the ability to feel “inside”.

These are the foundations for a collaboration between Ecology and Psychology, and the considerations that led to the realization of this first university course in Italy. “How many students will there be?” the two professors were asking themselves for the first lesson. “15? 20? Who knows?” The number of participants is always a surprise in free courses. A telephone ring comes synchronously to give the answer: “The classroom is packed, there are students sitting on the stairs, and others can not even get in!”, a staff researcher warns. The first lesson was then held in the bigger lecture hall, with … 75 participants. The number remained high in the following lessons and the students did not even diminish when the program included an exit outdoors in the nearby Saumont Park during the icy mountain mornings at the end of November and beginning of December.

This course, within a Bachelor, is masterly in style, with a lot of room for interaction between students, sharing, dialogue, practical exercises, self-organization in the management of a study group, and practical experimentation. These are the pearls set in a fluid and harmonious dialogue between two professionals who share each one’s information, knowledge and reflections, collected over decades in their field of research and interest. Knowing that intertwining disciplines creates a broad and varied framework that allows us to face the question of personal well-being and environmental awareness from new points of view, we participate no longer as two separate themes, but as a continuum.

Within this course a new horizon emerges for the professional figure of the psychologist who can become both a spokesperson and consultant in various professional fields for a new unitary vision of the human being, and for the world of which s/he is a part.

Ecopsychologists work for a re-connection on the level of personal identity: awakening awareness, self-connection, both critical and creative thinking, and at the same time, for a consolidation of the terrestrial, or ecological identity— the fourth knowledge necessary for the education of the future, according to French sociologist Edgar Morin— that will be the one that will allow an intelligent reorganization of our presence on the planet in a sustainable and regenerative perspective.

In Aosta we are working for this future. 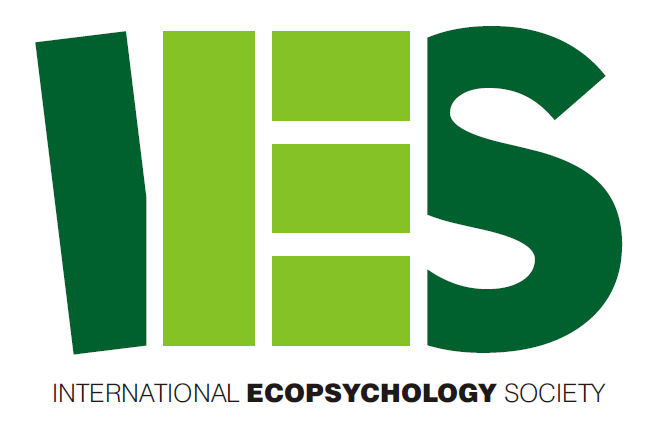