Home Ecopsychology in action Like a Threat that Reconnects: Recognizing Oneself As Nature 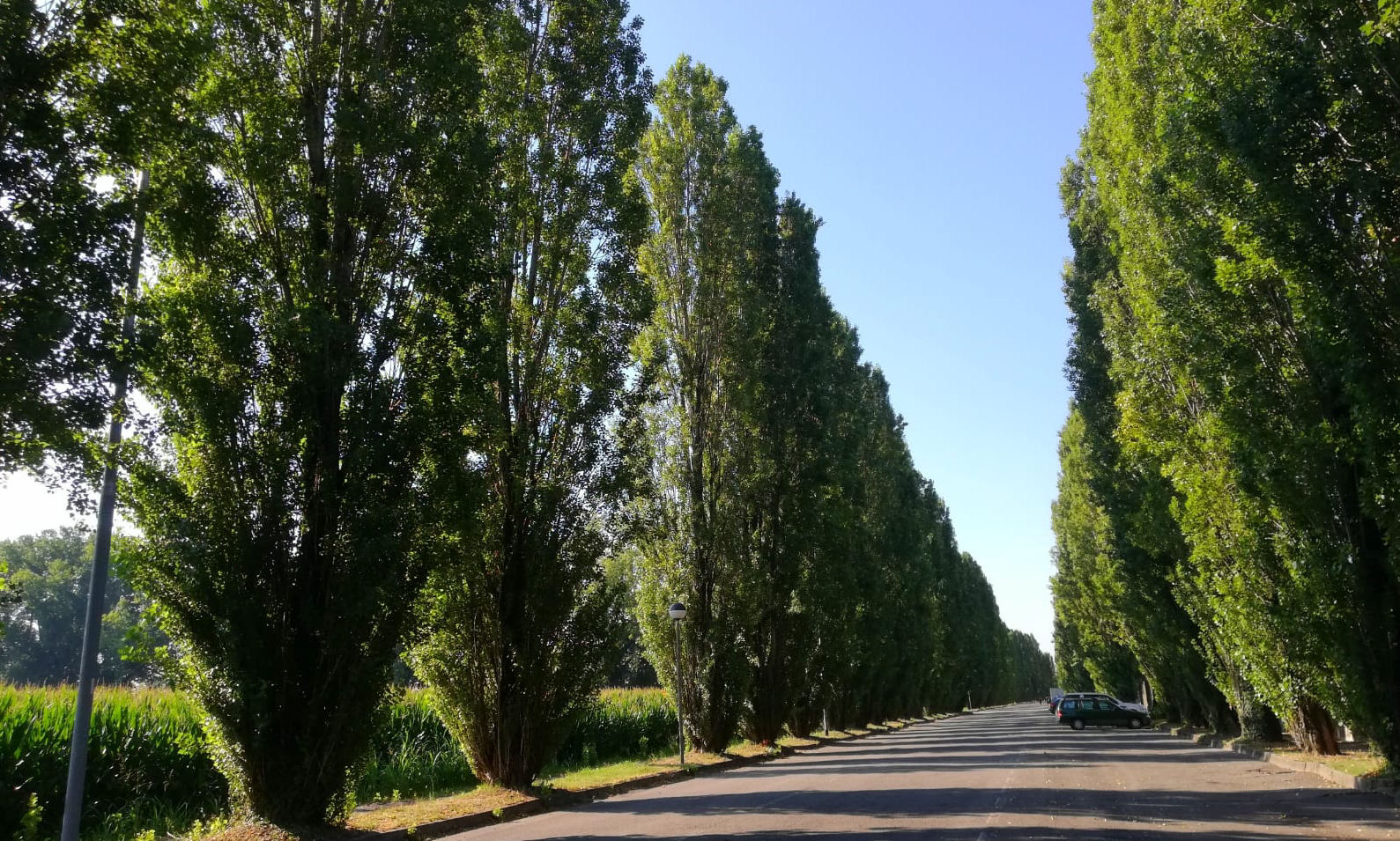 How can ecopsychology be used in the world of environmental activism? Here is a proposal made by the Italian Ecotuner Stefania Balzarotti, in support of a local committee for the defense of 240 trees absurdly destined for felling.

There are encounters in nature in which new thoughts are born and where synchronic events confirm the right direction to “act” upon those new ideas and transform them into concrete action.

The source of this inspiration could only be 240 Cypress Poplars, a beautiful row of trees that for more than 20 years have lined Viale Galvani in Peschiera Borromeo in the province of Milan, but whom are at risk of being cut down to make room for a cycle path, only to be replaced with other tree species.

Absurd, right? Eradicating 240 trees that need proper maintenance to continue to give air, shade and beauty to that part of the country.

The good news is that, for now, after more than a year from the resolution of the Municipality, the 240 Poplars are still there, and this is thanks to the civil commitment of the La Voce degli Alberi di Peschiera Borromeo Committee, a contentious group of women who are defending their right to remain the guardians of the avenue.

How? By presiding, informing, and organizing events to make this story known, and in the meantime, taking legal action. A friend from Peschiera, an active supporter of the Committee, informed me of their story, inviting me to make it known. So, we met last October for a walk in the Carengione, an oasis that starts right from Viale Galvani, and as we walked, I told her about my training as an Ecotuner and my project “Let’s Grow Up!” where, as a Green Coach, I organize small groups of people to experience reconnection with nature in the woods or green areas. She asked, “The Committee is always in need of new ideas. Could you make a proposal for a walk to promote and give voice to our Poplars?”. “Of course!” I replied. But instead, the second Lockdown arrived, blocking any meeting in presence. I like challenges however, so I thought that if we couldn’t meet in person we could organize a virtual walk via webinar! 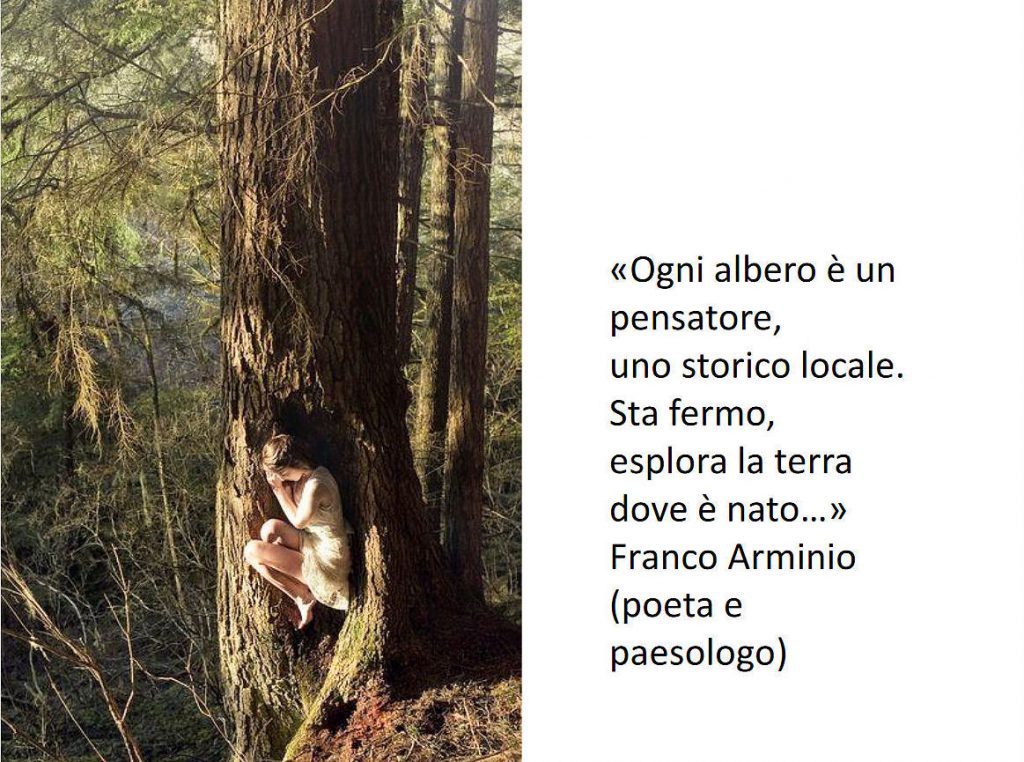 Franco Arminio, poet and cantor of the landscape

“Let’s meet on November 21”, I proposed to the Committee, as it is National Tree Day.

I had a few days to prepare a proposal, and as well, not in the presence in nature: could it work the same? How to propose something concretely to the Committee–what activity and for what purpose? How could ecopsychology be used in the world of activism in the ecological field? What contribution could an Ecotuner make to a group that is active on a particular goal?

Fortunately, at least alone I could continue to frequent the woods outside the home; I know how much easier it is for me to find the right answers, intuitions and inspirations while walking in nature. The same trees reassured me, and I immediately thought that the purpose of the pathway, even if virtual, had to be that of helping people experience a sense of connection with nature. How? Finding ways, exercises and activities to renew the feeling of biophilia. And above all, to promote a sense of affiliation towards those 240 Poplars, to recognize themselves as part of nature, and recognize the value and service of 240 trees that are at risk of being cut down.

I called my Online path “The Thread that Reconnects”– recognizing oneself as nature, a metaphorical thread, but isn’t it that invisible thread that binds us all, binds us humans, and us humans to nature? Here, I could accompany people (even Online) to rediscover being in deep connection with the web of life even in a virtual meeting via Zoom, where people can still see and interact, where they can use images and keywords to be able to lead them in a path to get closer to nature. The invitation to the participants was to have a natural element nearby, pen and paper to write.

This shared path generated by those present created a feeling and a  perception of connection with our Poplars. Those who were not already involved in the Committee as a supporter contributed by word of mouth or by making a donation. This format can certainly be improved, but it is a tool that I hope will be an example and a concrete help to those who are fighting to save trees. 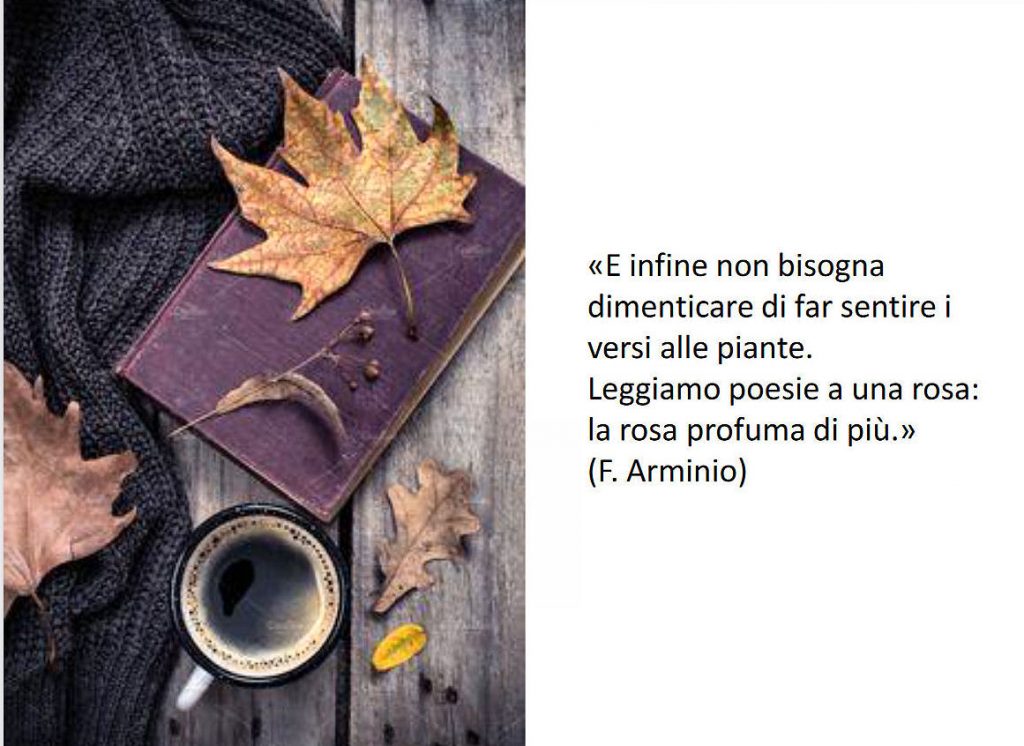 Franco Arminio, poet and cantor of the landscape

Update: 11 January 2021: Our Poplars resist! The last and good news is that the committee has managed to stop the cutting of trees for now, even if the resolution has not yet been canceled. Meanwhile, we also add our voice via the Facebook page: La Voce degli Alberi Peschiera Borromeo è

Participatory walks as tools for a paradigm shift

Metaphor as a key to open thresholds to the consciousness of being in nature.

Therapeutic family gardens in confined context in the city of Valparaíso, Chile